Skiers and snowboarders looking for an easy way to track their boards and skis may be interested in a new anti-theft device called TrackPad which uses Apple’s Airtag mount to help prevent your skis and snowboards from being stolen. Backer early bird pledges are now available for the inventive project from roughly $15 or £11 (depending on current exchange rates), offering a considerable discount of approximately 50% off the retail price, while the Kickstarter crowd funding is under way.

“We started TrakPad after our friend had his setup stolen from the rack at Breckenridge in CO. The resort couldn’t do anything about it. Every year thousands of skis and snowboards get stolen but ski resorts are too busy to care. With the average ski setup costing over $500 – it’s a quick payday for a thief.

We are a team of engineers on a mission to prevent ski theft with TrakPad. Apple’s AirTag changed the game when it comes to tracking personal belongings. Unlike the previous generation GPS devices, the AirTag utilizes Apple’s network of over a billion devices to track gear without ever needing a cell signal. Just look at the countless YouTube videos of people tracking down their stolen stuff with an AirTag.” 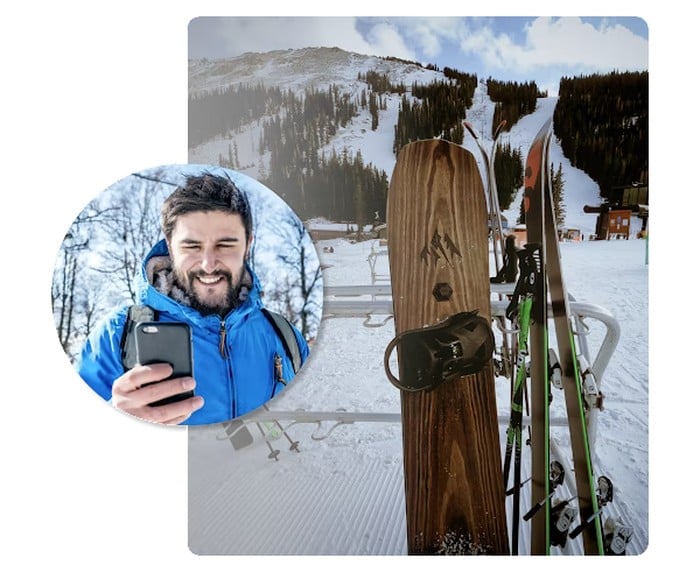 With the assumption that the TrakPad crowd funding campaign successfully raises its required pledge goal and production progresses smoothly, worldwide shipping is expected to take place sometime around March 2022. To learn more about the TrakPad Apple Airtag mount project watch the promotional video below.

“TrakPad is the one accessory that allows you to run to the lodge worry-free. Our custom discrete design utilizes Apple’s AirTag technology to give you an eye on your gear at all times. Never again do you have to carry a bike lock or bring your gear inside with you at a ski resort. Combine that with an intuitive app that’s tightly integrated with Apple’s ecosystem and you’re talking about the best product on the market. It’s a game-changer. “

For a complete list of all available project pledges, stretch goals, extra media and specifications for the Apple Airtag mount , jump over to the official TrakPad crowd funding campaign page by checking out the link below.

Disclosure: Some of our articles include affiliate links. If you buy something through one of these links, Geeky Gadgets may earn an affiliate commission. Learn more.

Crossfire: Legion is the future of the RTS as it was in 1999

Goodbye, Don Glees! review: An intimate anime for everyone

Starfield will have over 1,000 explorable planets